Donning and doffing is not remunerated if the employer has no say in where, when and how it is done.

In this judgement the court rules on the issue of whether the time spent donning and doffing is remunerated.
The Court of Cassation upheld the ruling of the Court of Appeal, thus rejecting the claim for remuneration for time spent by the employee donning and doffing, since the employer had no say in where, when and how it was done. In fact, in the ruling in question, the court points out that “in the employment relationship, the time spent changing into and out of work clothes constitutes working time only if overseen by the employer, in the absence of which donning and doffing falls within the employee’s contractual duty of diligence to prepare himself for work and does not constitute paid working time (see Cass. No 9215 of 2016 and with express reference to EU Directive No 2003/88/EC, invoked by the appellant see Court of Cassation No 1352 of 2016)”.
The Court of Appeal had correctly found that in the case in question the necessary element of oversight by the employer was missing, i.e. “the exercise of the employer’s power of heterodirection with regard to the time, manner and place of dressing/undressing”.
In particular, “there was no evidence that the employees were required to put on their work clothes in the company’s changing rooms, since they could go to work and return home wearing them; nor did the Court of Appeal consider it relevant that the company had offered services such as changing rooms, showers and laundry facilities, the use of which the employees were completely free to choose”.
According to the Supreme Court, in assessing the actual management of the donning and doffing time, the local Court had correctly “excluded the element of heterodirection as a directive comparable to working time giving rise to remuneration”. 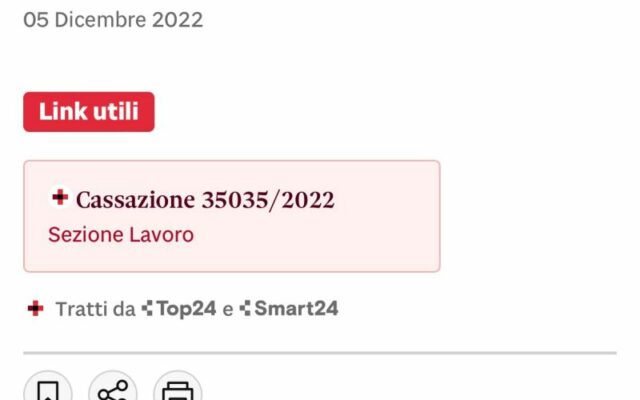 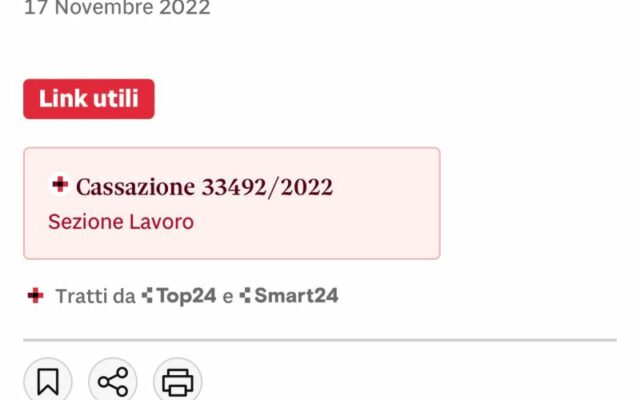 Buyer responsible for unlawful dismissals served by the seller, before the transfer of the company